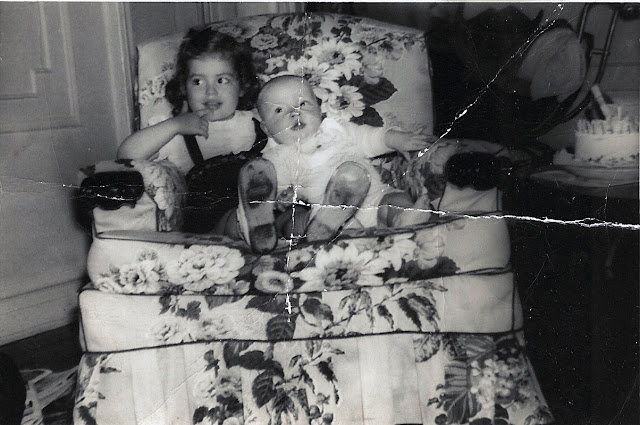 My brother and I in a real flowery slip cover.

Posted by maryt/theteach at 9:00 AM 6 comments: 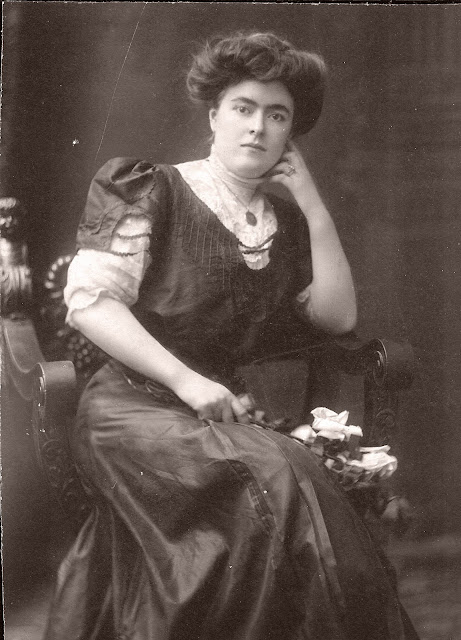 My father's mother, my grandmother, Delia Baynes
circa 1900
Next week we'll celebrate the 150th posting of SEPIA SCENES!

Posted by maryt/theteach at 9:00 AM 9 comments: 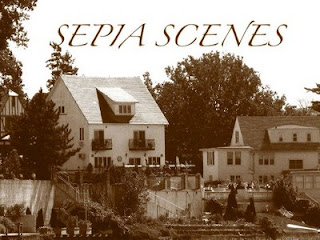 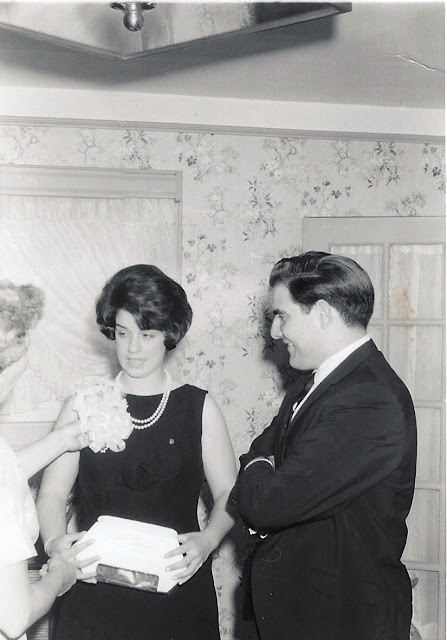 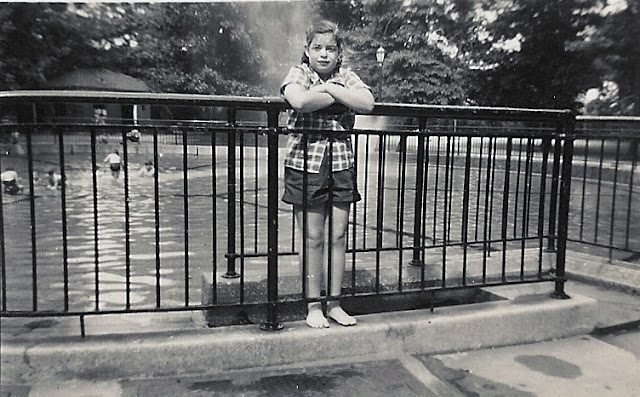 Me at Martin's Park (Martin's Field)
Martin's Field, Flushing, Queens, NY
The site was originally purchased as a public burial ground by the residents of Flushing, Queens on June 15, 1840 for $400 and was augmented on the northern end, on March 11, 1873. Between 500 and 1000 individuals were buried there in subsequent years, of which the majority were African-American or Native-American. There were also a number of poor whites, as well as wealthier individuals that died during cholera and smallpox epidemics and were therefore not interred in the family plot for fear of contamination. From the evidence thus far uncovered, plots appear to be indiscriminately arranged, often unmarked and as shallow as six inches below the surface.
The last interment was in 1898. On December 2, 1914, the site was given to the Parks Department, but it was not until 1936 that a playground was built on the site. Early in the 1940s, a comfort station, a wading pool and a sand-pit were constructed but they were removed in 1985, along with a handball wall. Additionally, a portion of the playground was removed when 165 th Street was remapped in 1957, and further parcels were added in 1946, 1947, and 1983. The name of the park was changed on May 5, 1931, to Martins Field, in honor of a local tree conservationist Everett P. Martin.