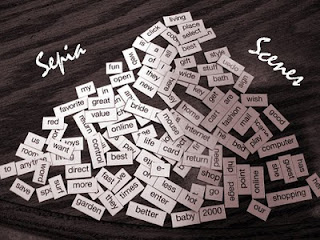 This photo is a macro of the head of a statue I own and keep in my home.
It is unidentified. 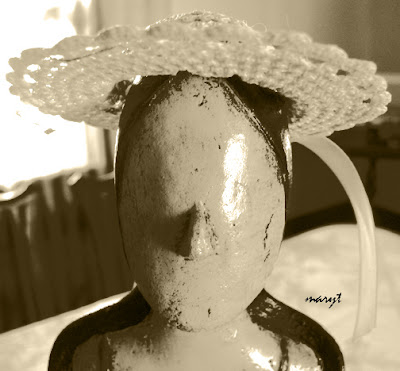 I applied the sepia effect in Adobe Photoshop and then played with Curves a little bit to get the effect you see.
See Mr. Linky below and don't forget to visit your friends. 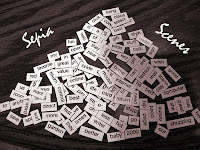 Thank you everyone for celebrating our 100th post of Sepia Scenes with the very best sepia shots you could post.
This week I have an interesting shot: 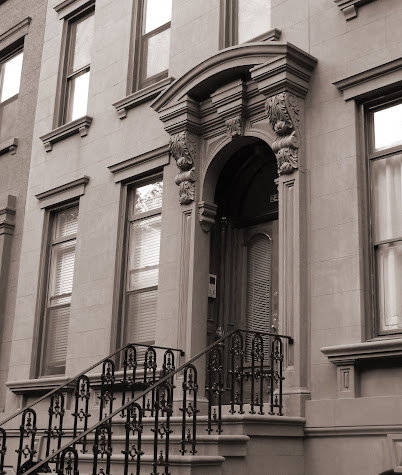 An extraordinarily decorative door on a brownstone in Carroll Gardens, Brooklyn. The simple windows andd  the wrought iron banisters add to the marvelous effect.
Let's see what you have.
Mr. Linky is down there for you. Visit your blogger friends.

In Roman Numerals C represents the Arabic number 100. The word for 100 is centum in Latin. 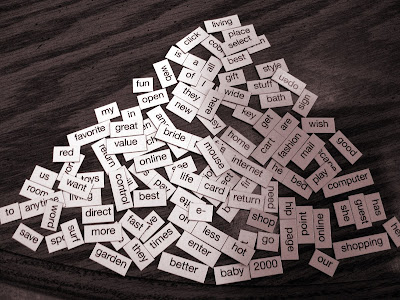 You remember those poetry kits that were popular years ago. this is a kit given out by Target and really lacks verbs and adverbs so after I tried to put together a poem I just gave up...

But here's a poem I've written about you and Sepia Scenes:

I started scenes in sepia
my favorite tonal color,
they came from far and wide
to express their philo-color
through sepia-ized photos
for all of us to admire.

Shall we make a new badge? How's this? 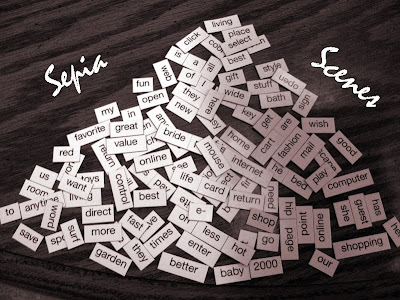 Thanks to everyone and those who have been so loyal and posted every week.
You make my day, my week, my month , my year! 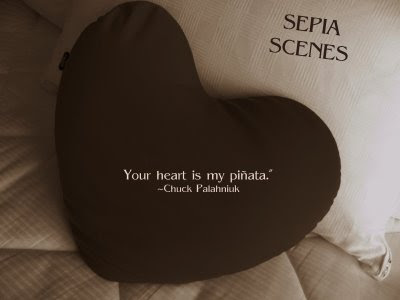 We had 5 people vote for
A 100-themed post:
Photo of a 100 things (pennies, bottle caps, etc.) or something that equals 100 such as a dollar which equals a hundred pennies. (posted by Aoife.Troxel)

So next week you'll post 100 things or some thing that equals 100 things, okay?

I can't wait to celebrate our 100th post anniversary...

Here to start you off is one of my 100 things post: 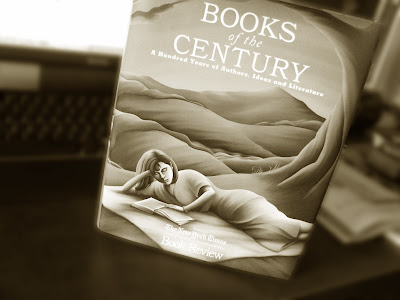 I've owned Books of the Century: A Hundred Years of Authors, Ideas and Literature for a looong time, since 1998. I've chosen books from this volume for my literature classes many times.

On the inside flap it says: "Books of the Century is an extraordinary collection of the best writing about books and authors published in the New York Times Book Review."

Posted by maryt/theteach at 8:56 AM 8 comments: 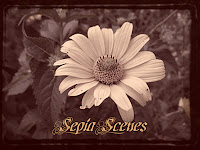 What I thought I would do today is list the suggestions made by our Sepia Scenes participants and let you vote for one of them as our special 100th post on September 15 (I said September 8th but our 100th post will be on September 15th!)

1. a 100-themed post. Photo of a 100 things (pennies, bottle caps, etc.) or something that equals 100 such as a dollar which equals a hundred pennies. (posted by Aoife.Troxel)

2. a Love-theme in sepia. (suggested by by Jeff campbell)

3. a photo we too 100 weeks ago converted into sepia. (suggested by EG WOW)
4. a macro self-portrait: our eyes, lips, hands, etc. in sepia (suggested by Lui)
5. variations on a theme (that I would give you) (suggested by Kramer)
Next week I will give you the idea/theme and then you'll post you photo in sepia the week after that...
Please vote in the comments. 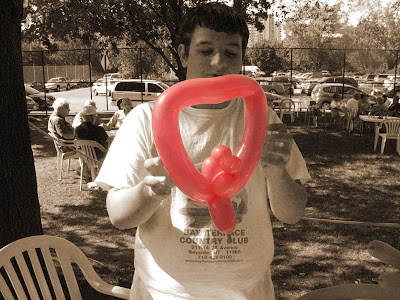 Here's my sepia shot for today...
Josh made balloon animals at the Carnival. This one, two love birds in a heart, he made for me. I colored the balloon by opening the color photo, adding a duplicate layer and then using the erasure tool to bring up the red again.